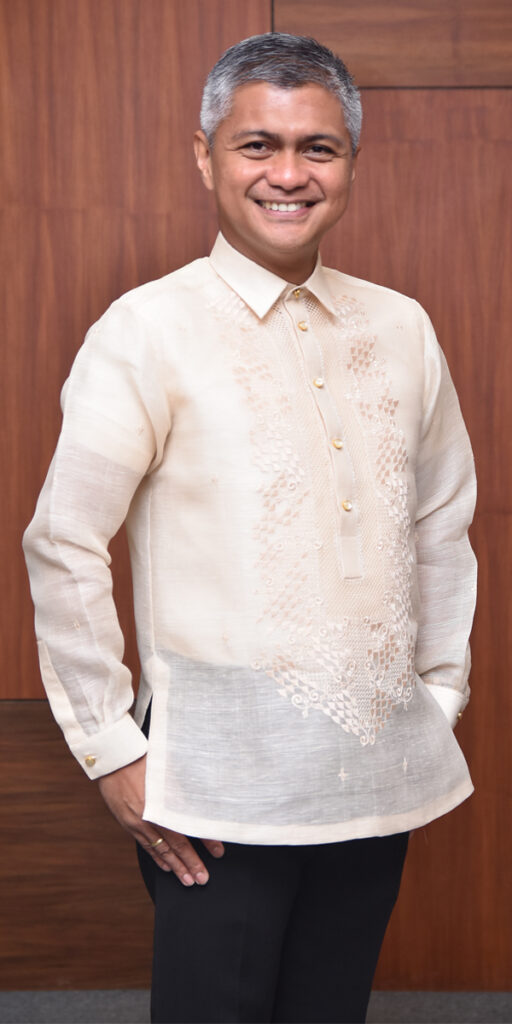 He has a penchant for making history and paving new paths for others to follow, with a string of record firsts tucked neatly under his professional belt:

His humble political beginning as SK Chairman of barangay Adrialuna in Naujan in 1992 paved the way to almost 3 decades of distinguished public service.  He was elected SK Provincial Federation President in 1996, thus becoming an Ex-Officio Member of the Sangguniang Panlalawigan of Oriental Mindoro.

Barely out of his teens, he displayed legislative brilliance when he authored the “Revised 1997 SK Constitution and by-Laws of the Republic of the Philippines” which was ratified unanimously through a referendum in July 1997.

In 2001, at the age of 24, he became the youngest Board Member ever to be elected in the province. A year later, he authored the 2002 Constitution and By-Laws of the National Movement of Young Legislators, which was ratified through a referendum in Cebu City.

In May 2010, at the age of 33, he made history when he became the youngest elected Vice Governor of Oriental Mindoro, then again in his second term bid in 2013, as the only Vice Governor of the province to run unopposed.

In the May 2016 elections, he garnered the most votes in the entire province across all elective provincial positions.

As a result of that same historic landslide victory, he became the only Vice Governor of Oriental Mindoro to serve 3 straight terms-an undeniable testaments to his commitment to good public service and his dedication to transformational leadership. He served as National Chairman of the League of Vice Governors of the Philippines and 1st Vice President of the Union of Local Authorities of the Philippines during his incumbency as Vice Governor.

He was also part of the technical working group of the Senate Committee on Local Government which crafted the Senate’s version of the SK Reform Bill, which became the Youth Development and Empowerment Act of 2015 or Republic Act 10742.

In the recently concluded Mid-Term Elections, he once again made local political history by posting a resounding landslide win over his nearest Gubernatorial rival, with a massive 95,000-plus vote margin. No other local political personality has ever achieved such a feat. His win is a convincing statement that Oriental Mindoreño is done with traditional politicking and is very much ready for true and meaningful change.

Seven months under his leadership, the provincial government, as well as the entire province, witnessed significant changes such as an improved public health service with the “Kapag Lima Libre Na” program, free ambulance service for indigent patients of public hospitals, and the upgrading of the facilities and services at the 5 public hospitals in the province. The flagship program GSMAC (Galing at Serbisyo para sa Mindoreño Action Center) also provides proactive social services 24 hours a day, 7 days a week. The province’s tourism sector is also being revitalized with cultural events and activities being set all over the province, year-round, coupled with infrastructure projects being implemented this year – the Oriental Mindoro Heritage Museum in Calapan City, the Oriental Mindoro Sports Complex in Naujan, and the Tourist Rest and Souvenir Stops in several municipalities. All these while major steps are being taken to address flood, unreliable power supply, mining, illegal logging, public transport, and other issues that hinder Oriental Mindoro’s bid for progress.

He serves as the Chairman of the Oriental Mindoro Council of the Boy Scouts of the Philippines, and he holds the rank of Major in the Army Reserve Command with the designation of Deputy Brigade Commander. He is also the Chairman of the PNP-MIMAROPA Regional Advisory Council and was recently elected as Vice President for Luzon (South) in the League of Provinces of the Philippines.

He is, indeed, dynamism personified.